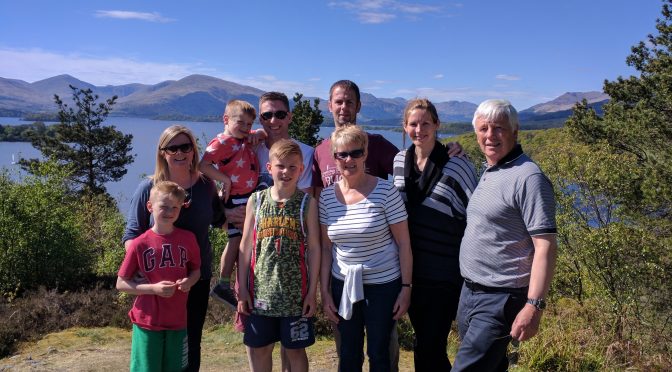 Our feet are back on UK soil! The secret plan to surprise Alastair’s parents with an unexpected visit worked beautifully despite one or two close calls on social media: we were met with a priceless look of surprise. It’s delightful being surrounded by loving friends and family once more and we’ve already shed some of the heaviness that had been building up by being away so long.

During our last month in Canberra, besides tying up loose ends before our return to the UK, we have seen reassuring progress within RescueNet. Alastair was joined in the office by Michael de Bruin, a long-term RN member who has freed up some time to help work on the new websites. Together they have made inroads towards providing better online services for our members and a more current, informative site for the public.

Dani has been working as part of the Medical Working Group to finalise the medical section of the new training manual, and has seen significant progress on the steps needed towards WHO verification. As well as the formation of the new WHO working group, there have been some significant changes within RescueNet internationally which we hope signal a new and exciting shift as we seek fresh vision in the months ahead.

Alongside our work in the office was the small matter of the category 4 cyclone that hit Australia at the end of March. Cyclone Debbie, with her diameter of over 1000km, tore through the North-eastern coast and left a wake of damaged infrastructure and homes caused by 260km/hr winds and flooding. Although Australia has good emergency services, Mark nonetheless felt a nudge from the Lord to offer a RescueNet response to the people of Queensland. Alastair and I also considered jumping on board but we felt that we should sit this opportunity out and instead continue the running of the office during what would be a response of uncertain length.

On Mark’s arrival he found a team of 30 YWAMers ready for action. RescueNet fulfilled its purpose by leading this team of volunteers through some of the local neighbourhoods, clearing debris and removing hazards. Each house took 5-6 hours to clear and the teams worked tirelessly despite the severe humidity, snakes and biting insects. Through their efforts they were able to bless and serve many, especially lonely and elderly people such as one Thai lady who had been recently widowed and let down by her family.

In a world where everything is measured in terms of cost, we also tend to think of charitable deeds in terms of their efficiency. It is how we often evaluate volunteer projects and mission trips, and for good reason: we have to be accountable for how we use our resources and spend our time. Yet the Lord asks us to trust Him, even if His call to action appears illogical or even superfluous. We have battled with this many times as we examine our current work and lifestyle. Why did God call us to the other side of the world instead of somewhere more accessible? Why are we working in the field of disaster relief which is notoriously resource-intensive and already contains many other agencies?

It is virtually impossible to fully explain our decisions in terms other than simple faith. Choices that initially did not seem to make much sense have, as we look back over missionary journey, been used to create waves in a much bigger pond. And so we will keep walking this path, even though it takes us far away from loved ones and what many would see as security for the future… until such times as the Lord tells us to stop. So we thank you for your support of us, dear friends, as together we build something still unknown. We value you more than we can say 🙂