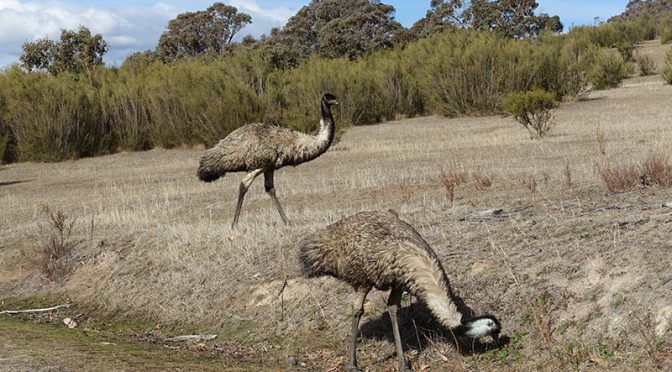 Our flights are booked, and our time in missions is coming to an end… for now.

For those of you who are unaware, we feel God is leading us back to the UK for a season. Hence our trip to the UK in a couple of months’ time will be on a one-way flight. Time to squeeze everything into that suitcase again.

We’re very much looking forward to being closer to family and friends, to be present in your lives again, and to remember what ‘normal’ life is like. Then again, maybe ‘normal’ is the wrong word. Can a life in which we step with God, where we learn the art of living for Him and dying to all else, ever be normal? The specific picture we’ve received of our return is that of the Passover: we are to sit down for a meal, but have our cloaks tucked into our belt and our walking stick at the door, ready to go when the Shepherd calls.

God knows that we, as a couple, tend to lean into Him more when we are feeling challenged. Maybe it is no coincidence that just as we are starting to feel familiar here, having developed friendships and involvement in our local church, we are being ushered on to the next season in our lives.

Amongst other things, we’ve enjoyed being facilitators on a 6-week marriage course our local church was running. It has helped us realise just how far we’ve come in our own marriage and how much more riches can be found there. We’ve also had opportunity to speak on Sunday morning and at the church youth group. Our topics: global missions and hearing God’s voice, respectively. Probably the facets which have most defined our journey over the past 4 years.

In terms of RescueNet work, Mark and Robin left the base at the beginning of September to go on a long trip around the world. In his absence, Mark has delegated to us leadership roles within the working groups we are involved in. It’s been good to step up and be given the freedom to push projects forward. So, far from slowly winding down, it looks like we will be finishing up in Canberra on full steam.

RescueNet has, over the past weeks, sent response teams to India and North Carolina. Because of our visa issues Alastair and I couldn’t consider joining, but we’ve been encouraged by hearing about the good work being done by our team mates from around the world. RescueNet also applied to be part of the relief effort currently underway in Indonesia, but unfortunately the government denied our offer.

It’s hard to imagine, as I sit here safe and warm with a cup of tea beside me, the pain and confusion of those who are, at this moment standing in a muddy puddle where all their possessions once used to be, or are in a hospital bed, desperately praying that their loved ones will be found alive somehow. It is frustrating that RescueNet is unable to contribute towards the recovery effort, but disaster response is becoming more like that – highly politicised – and an increasingly challenging field to operate in, especially as a small, faith-based NGO.

Hopefully becoming a WHO-classified Emergency Medical Team will allow us, and other teams, to access disaster zones more easily. We were recently assigned a WHO mentor, who is working alongside us as a consultant. This is a major step, and although a lot more needs to happen before we become verified, once we do we’ll have the official stamp of approval that allows us to stand among the biggest international NGOs and best national teams.

And so we continue to focus on edging RescueNet closer to that goal. Our time is mostly spent at a computer, researching, writing and having Skype meetings at odd times of the day or night (the joys of working across multiple time zones). I have been continuing to work in the areas of medicine and WHO registration, while Alastair is involved in developing the necessary logistics. He is also brushing up on his programming skills with the hope of developing a mobile app for Rescuenet and, God willing, a change in career…

4 thoughts on “Preparing to take flight”