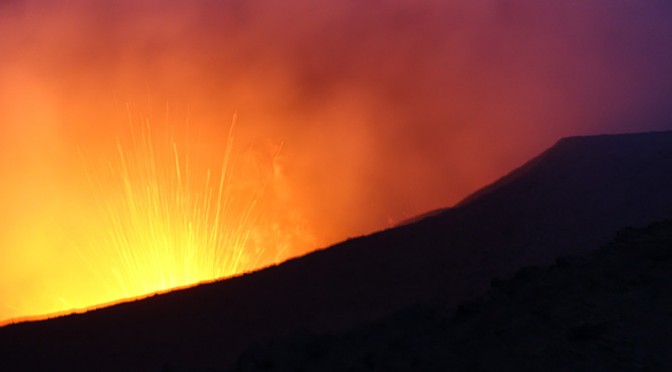 Joining us on our outreach were the National Office Leader of YWAM Fiji and his family. Not long after the news of the Vanuatu cyclone damage he received a phonecall requesting assistance from RescueNet’s National Coordinator, Mark Cockburn. RescueNet is yet another branch of YWAM, existing solely to provide disaster relief in situations such as this. They had decided to lend their efforts towards helping the people of Vanuatu in the immediate aftermath of the category 5 cyclone.

Initially Mark had requested only a place to stay overnight and some assistance acquiring medicines to take to Vanuatu, but when he heard that we had medical personnel available he asked if any would be prepared to join them as they were rather short on doctors for this trip. We met for breakfast the next morning and were briefed on the details. For those not already aware, disaster relief is an area Dani has been interested in for some time, so no prizes for guessing how long it took for her to decide! I was also keen to help wherever possible and another emergency doctor on our outreach, Fen Moy, jumped on board also. Before we knew it we had less than 24 hours to return to Lautoka, pack our bags and medicines, book our tickets and get to the airport…

Although rather rushed and tired, we made it onto our flight to Port Vila where we met up with the first contingent of the RescueNet team. It was dark as we were driven to our temporary accommodation – tents pitched in the garden of a generous missionary couple – so from what we could see Port Vila had escaped the damage pretty well. The horizon was littered with bonfires as people burnt organic debris, but other than that the effects were rather inconspicuous. It was only in the crisp light of morning that it became apparent that we had been overly optimistic. Trees had been broken or completely uprooted and pieces of buildings had been stripped away by the fierce winds. Stories such as people braving out the 200mph gales in the middle of a football pitch seemed almost too ridiculous to believe but thankfully the reports, although mixed, seemed to suggest a low body count.

We headed to the Ministry of Health where we listened as Mark took part in the Health Cluster, a gathering of representatives from the government, NGO’s and agencies from across the world. Information was disappointingly sparse and unreliable, and for some there was an air of frustration that they had been prevented from taking positive action to help people on the islands. Although coordination and timing are extremely important in disaster situations it seemed that bureaucracy trumped the welfare of the Vanuatans, and everything had to be rubber-stamped before any progress could be made. This included RescueNet as we wasted at least two days jumping through hoops and tripping over red tape before we were eventually given the go-ahead to depart for the island of Tanna, our designated area. We did what we could with that time, however, helping out the local people with clearing the debris from their houses and schools.

Two tiny twin-propellers and a cargo plane later, we touched down in Tanna’s airport and were transported to Lenakel, the main hospital on the island. We were kitted out with more equipment and medication, but had to wait out another day of further bureaucracy before being trucked to the other side of the island, where we were stationed at Manuapen School. Still we had little idea of what to expect – would it be minor medical assistance or horrific injuries? Was there any clean water or would we find countless people suffering from dysentery? Nobody could seem to tell us.

We wasted no time setting up our tents and clinic, keeping open minds as to what we would see. As almost nobody was aware that we had yet arrived the first afternoon wasn’t too busy. By the next day, however, the locals arrived in their numbers. It was so far reassuring to see no particularly serious consequences from the cyclone. Most complaints were secondary in nature: there were lung infections, minor wounds, muscular and joint problems from the hard work people had been doing in clearing up and so on. We had also been asked to vaccinate against a potential measles outbreak, so there was a continuous flow of disgruntled children from the pharmacy.

Meanwhile, on a non-medical note some of our team members were putting their expertise to use in clearing roads and paths, and repairing buildings that had been damaged. Jerald, a Nicaraguan living in New Zealand, was our resident Search & Rescue man, and we also had a father-son pairing in Eric & Hunter, all of whom put in several solid days’ work to clean up Cylone Pam’s mess.

The camaraderie was excellent throughout the team, and even despite the frustrations we had encountered Dani & I were very happy to be sharing our first disaster relief effort with them. Mark, from Australia, was firm, fair and knew when to have a laugh to lighten the mood. Ans, a Dutch nurse living in Sweden, was second-in-charge and lent a motherly approach to anybody needing it.

Despite the claims that the running water was safe to drink, we filtered everything we used. Many water tanks had been contaminated in the cyclone and the last thing we needed was a camp full of sore stomachs. We lived on a diet of noodles, rice, canned goods and (for those with the foresight and access) military ration packs.

Thankfully it wasn’t all work and no play. The clinic would calm down by late afternoon, allowing us to explore the nearby beach which was nicely heated by the active volcano on the island. Bury your feet under the sand and your toes would soon get toasty, and there were hot springs along the shore. We also climbed a huge treehouse with views over the shoreline. And last, but certainly not least, we took a sunset walk up to the top of the volcano where we were able to look down into the smoky crater of Mount Yasur. Every so often the ground would tremble and the mountain would roar as it spewed a firework of molten rock into the night sky.  It was truly spectacular  (terrifying, awe-inspiring) to be so close to something that large, powerful and potentially lethal.

Towards the end of the week it became apparent that there were not going to be any life-threatening cases turn up on our door. We had treated some potentially dangerous wounds, but it seemed like almost everybody had been given ample warning to get into a secure building for shelter. As the numbers were tailing off, we took our resources a few kilometres along the road to Yatukuei and ran a day clinic for the locals there. Sensing our work in the area was pretty much exhausted we made plans to return to Port Vila via Lenakel. Thankfully this time we had fewer difficulties in acquiring transport as, although we had to be at the airport from 3am, the Royal Australian Air Force stepped in and offered us personal transport in their ministerial (we think!) planes.

Port Vila gave us all some time to gather our thoughts. Several team members took the earliest opportunity they could to get back to their much-missed families while others stayed to run further clinics in the neighbourhoods. All in all we treated over 500 patients during our deployment. Vanuatu’s main concern in the coming months will be repairing infra-structure, restoring clean running water as soon as possible and ensuring the food supplies do not dry up as an estimated 90% of their crops, which is the main source of food for most, were wiped out.

Meanwhile we arrived back in Fiji a day late for our Discipleship Training School (they didn’t mind too much…) and have had little chance to mentally digest the events in Vanuatu. This was one of RescueNet’s least severe deployments, which we are thankful for as it obviously meant less human suffering. However, Mark was able to tell us stories of much more torrid and demanding ventures, so something we need to think seriously about in future is whether we would want to commit to joining them on future trips.

But for now, we have to get back to class!

3 thoughts on “A Series of Unexpected Events”